Published on 05/02/14 – What follows is the search engine barometer for January 2014. It enables us to monitor the evolution of visit shares in France, Germany, Spain and the United Kingdom on traffic coming from search engines.

The Search Engine market in France, Germany, Spain and the United Kingdom in January 2014

The following graph shows an estimate of the average traffic distribution by search engine, which was recorded on websites in January 2014 vs. December 2013. The visits considered for the purposes of this study come directly from search engines. 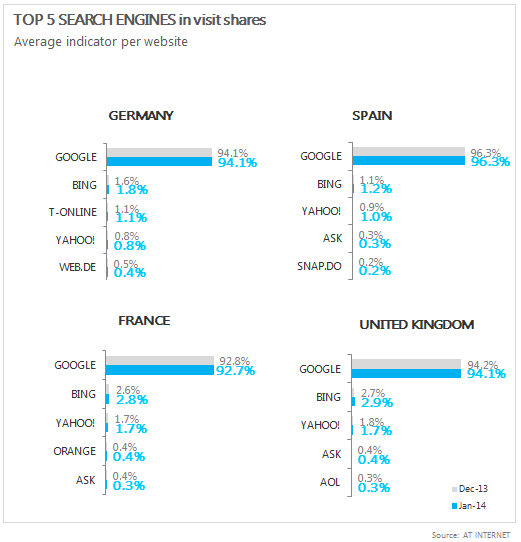